Yesterday I kicked off this discussion by clarifying the difference between the solution effort and the engagement effort. Again, the solution effort involves the work to analyze, identify, and implement the solution. Note that the solution should include not just the delivered operational capability but also the means of operating and governing it going forward. The engagement effort involves the meta-work needed to manage the process of working through the different phases. An engagement can be a project of fixed scope or duration or it can be an ongoing program (consisting of serial or parallel projects) or maintenance effort (like fixing bugs using a Kanban methodology). It’s a subtle difference, as I described, but the discussion that follows should make the difference more clear.

I want to do so by describing how the fifty techniques business analysis techniques defined in the BABOK (chapter ten in the third edition) relate to the solution and engagement efforts. I want to make it clear that as a mechanical and software engineer, I’m used to doing the analysis to identify the needs, do the discovery, collect the data, and define the requirements; manage the process from beginning to end; and then doing the implementation, test, and acceptance. A lot of BAs don’t have the experience of doing the actual implementations. To me it’s all part of the same process.

The definitions for each business analysis technique are taken verbatim from the BABOK. The descriptions of the uses to which they can be put within the context of my analytical framework are my own. I also refer to different kinds of model components as I described here. 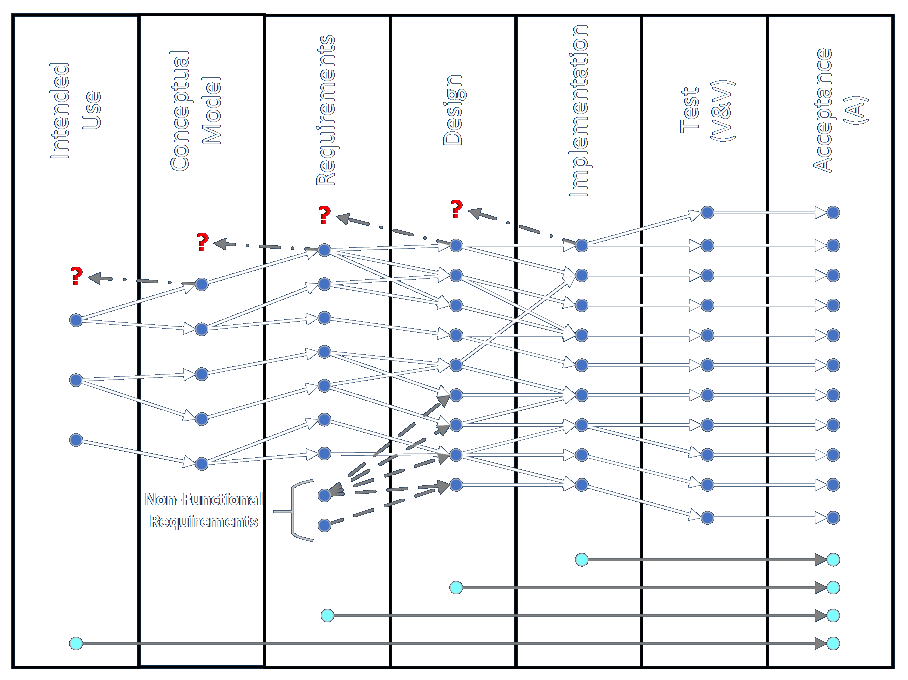 Here is a summary listing of the fifty BA techniques and the type of effort they most apply to.

Here are the counts for each type of effort: