Art, Waste, and a Rumination on Economics 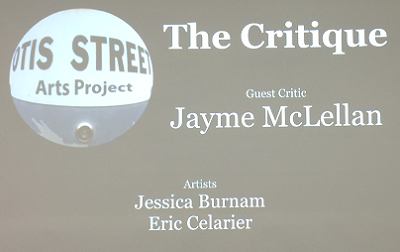 I’m going to table the work on the discrete-event simulation today in order to discuss a public art critique I attended last night. The gallery featured a few pieces of the works of two artists, Jessica Burnam and Eric Celarier, the latter of whom I’ve known for some years. They both work with found materials and ruminate on what our technological society is leaving behind as waste. 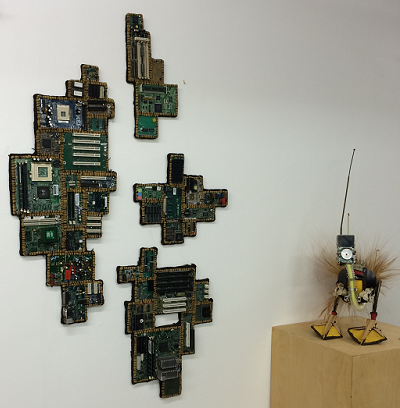 One thing that jumped immediately to mind is a classic Poul Anderson story called “Epilogue,” from 1962, which describes how a new form of “life” re-evolved on Earth from the automated machines that survived a thermonuclear war. The machines were sophisticated on a technical level, collecting minerals from ocean water, depositing them at docks when full and returning to sea, able to effect self repair operations, and able to make additional copies of themselves. In the biological realm this would be the equivalent of a single-celled organism of some kind. The characters in the story surmise that the instructions for creating new copies were modified by the hard radiation from the war, but since the story takes place three billion years into the future it’s easy enough to imagine all sorts of reasons for such genetic drift. Anyway, the story involves the discovery of this new ecosystem by humans who have been transported forward in time, and their struggles to deal with it.

The story was germane in my mind because it suggests a mechanism by which the technology incorporated into the artists’ works can be transformed into the biological forms they have imagined.

Mr. Celarier’s early works, from his “Wasteland” series, involved making rectangular “quilts” out of electronic circuit boards, which are then bound together in a border of additional leather rectangles using leather strips. One can imagine such pieces being repurposed by post-technological survivors using whatever materials they can find. This idea reminds me of the cover from the Kansas album Monolith. 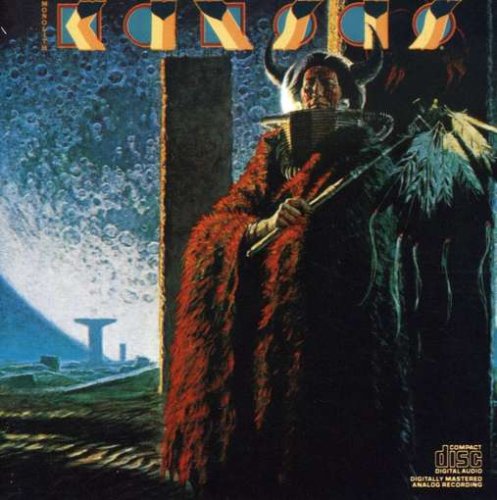 I mentioned the Poul Anderson story to the artists, who were both intrigued by its ideas, but there’s something more important I didn’t get to, mostly because it requires a longer conversation. Mr. Celarier and I plan to do this in the near future.

As a process engineer and systems analyst I’m fascinated by economics, whether in making a piece of software or a manufacturing or business process work more efficiently or in the broader sense of economics as the study of choice under conditions of scarcity. Both artists stated that they are concerned that we are leaving incredible amounts of waste behind in a way that cannot help but cause major problems for the environment and for humanity. Mr. Celarier described working with a group for a full day cleaning no more than a quarter mile of a local river bank. He observed that the volume and types of items found were shocking. He also stated that he isn’t a scientist, politician, futurist, urban planner, or whatever, but as an artist he feels it’s important to at least comment on the situation.

The attendees were all very intelligent, creative, and thoughtful (this was evident from the Q&A exchanges) but seemed to be of a certain type. More accurately, they seemed to not be of one particular type, namely economists. Economists, good ones anyway, always consider the marginal costs of doing various things. Humans and societies make choices by evaluating the relative costs and benefits of taking one action over another. These costs and benefits don’t have to be measured in terms of money; other physical goods, leisure, reputation, emotional satisfaction, and other considerations can all be elements of exchange.

I often find it helpful to begin any analysis by asking why things are the way they are. Why do most cars have four wheels? Why are manhole covers round? Why are bases ninety feet apart on a baseball diamond? Finding the answers to such questions can turn up a lot of knowledge that might not be evident at first glance, and every component of a problem has to be examined from every possible angle. Just because you don’t consider a component or an effect doesn’t mean it’s not there.

If an artist asks, “why is there so much junk thrown away so that it ends up on a riverbank somewhere?” or, “Why are we discarding appliances when two thirds of them still work?” or, “Doesn’t the fact that the landfill in my hometown reached its full capacity and had to be closed mean we’re running out of space to put our trash?” those are all good questions. But, like Henny Youngman replied when he was asked, “How’s your wife?” “Compared to what?”

Compared to what, indeed.

I’m not going to attempt a comprehensive answer, but we can look at a lot of factors.

What does it cost the owner to throw something away? This can be evaluated in terms of the cost of the act, the foregone utility of the discarded item (if any), the utility not realized by replacing it with an improved item, transportation, storage space and costs, fines, and pollution. What if one part of an old machine breaks, it can’t be replaced, and the machine is now unusable? Isn’t the bulk of the still-working machine going to get tossed? What if an owner throws something away that he or she knows has ten or twenty dollars worth of gold in it, but that gold is not recoverable by any reasonable, safe, economical, environmentally friendly, available technology? Does anyone want the item or the materials in it? Is it worth the time and expense to find such a person? How much economic damage is the discarded item actually causing? What if the item is in a landfill? What if it’s on a river bank? Who bears the cost? How much energy does the recycling process consume? How much pollution does it generate?

What materials get recycled now without anyone having to be forced to do so? There is a huge market for scrap steel because the recovery, transportation, and reprocessing of scrap steel is less than making it new (while storing the unused scrap). Precious metals get recycled at a pretty high rate because it makes economic sense to do so. There is a thriving trade in moving old and wrecked cars from the United States down to Mexico, where it makes sense to recover the parts or make repairs.

What materials don’t get recycled unless people are forced to do so? Most operations to recycle household paper, aluminum, and glass are money-losing propositions. They have to be subsidized by government taxation and enforced by fines and worse.

Are we really running out of landfill space? Not only are we not running out of space (they really don’t take up that much surface area), quite a few are run on a private, for-profit basis, even as they improve their isolation, ability to recover valuable hydrocarbon gases, controlled decomposition of organic materials, and recoverability for use as parkland.

So why do we discard so many electronic circuit boards? We do so because it’s currently cheaper to stop using outmoded boards and put them in landfills than it is to keep using them or try to recycle them. If and when it becomes economical to send robots in to sort and reprocess landfill materials then you can bet there will be a stampede to do so. When the cost to recover junk from river banks becomes less than the damage it is actually causing then that will happen, too. Until then, we are clearly choosing to pursue other ends.

In short, if we’re discarding a circuit board, it’s because we think something else is more important.

This entry was posted in Economy and Society and tagged art, economics, recycling, systems analysis. Bookmark the permalink.