“The Secret of Selling Anything,” by Harry Browne 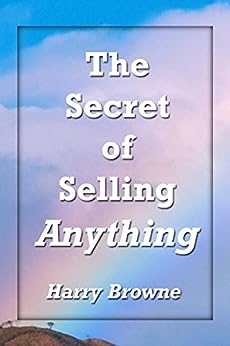 Today I took the time to finish reading a classic book on sales by Harry Browne, entitled The Secret of Selling Anything. I read it because it is regarded as a classic in certain circles, because I have appreciated many other aspects of Browne’s work, and because I need to keep putting myself in touch with resources I haven’t previously sought out.

I will offer that the book is extremely impressive and says everything it needs to in a very short space. It would be trivial to read in a single sitting, especially if you can scan through some of the early chapters that merely restate the concepts of basic economics in the framework offered by Ludwig von Mises and Murray Rothbard. Economics, of course, is merely the study of human choice under conditions of scarcity. One first describes how individuals make choices with respect to their own competing needs, and follows by describing how multiple individuals engage in exchange in in order to better meet their individual needs. In this light, trade is seen as mutually beneficial. It isn’t a zero-sum game where you’re trying to take something from an adversary, but rather a venture where you’re trying to solve a problem in cooperation with a friend.

Against this backdrop Browne walks you through the steps of getting your customer to identify what his or her problems are and how to be in the right frame of mind to actually hear and act upon the information offered. He offers a five step process for building a sale as follows:

Notice a common theme here? It’s all about the customer, the customer’s problems, and the solution to those problems. Each topic, like all others in the book, is presented directly and without excess complication. He does not provide six examples where one will do. The lists of considerations he invokes here and there never have more than seven or eight items, and usually fewer. He observes that problems in latter stages of the process generally come from shortcomings of earlier stages, and that it’s rarely too late to circle back and correct those shortcomings.

The latter sections of the book are devoted to inverting the traditionally negative conceptions of what sales and salespeople are all about. A salesperson is an equal trying to solve a customer’s problem. A salesperson sells things customers want and not things they don’t want. Telephone sales are not to be universally feared. See the customer’s secretaries and gatekeepers not as adversaries but as allies. Be polite, thoughtful, and honest. You won’t get every sale, but what’s the point of getting sales the wrong way? You needn’t fear the process if you understand it properly. Opportunities for sales are everywhere.

Read correctly the book is about far more than just sales. It made an exceptional impression on me because its clearly stated concepts reminded me both of things that have come so easily at times and of things I’ve forgotten to my detriment. It struck me as something I needed right when I needed it, like any classic work should. Do yourself a favor and give it a read. Maybe two.

This entry was posted in Soft Skills and tagged books, customers, Observations, sales. Bookmark the permalink.