I’ve come to talk with you again…

From the Grand Canyon I made it down to one of my favorite places ever, Arcosanti, in time to catch the last tour of the day. I’d made previous pilgrimages here in 1991 and 2004 and was happy to stop in again. 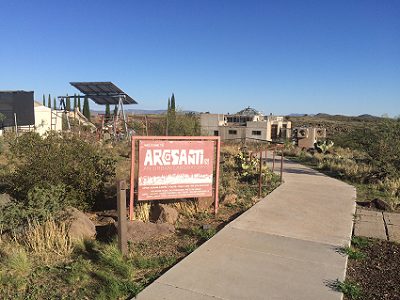 I first learned about the place in a film strip (remember those?) in Mr. Horst’s Sociology class during my junior year in high school. I can’t say I remember exactly how it was described, though I’m sure it had something to do with experimenting with different ways of having people live and work together. What really set me on fire was the visually striking nature of the architecture itself. As I learned later, designer Paolo Soleri‘s concept was called an arcology, a portmanteau of “architecture” and “ecology.” 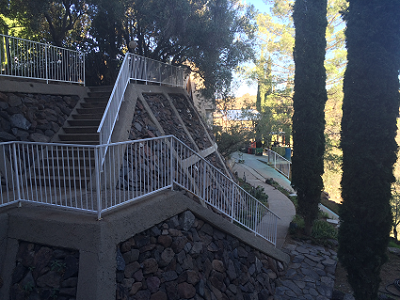 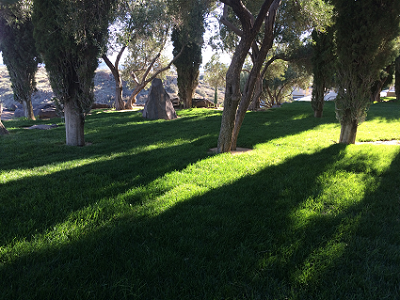 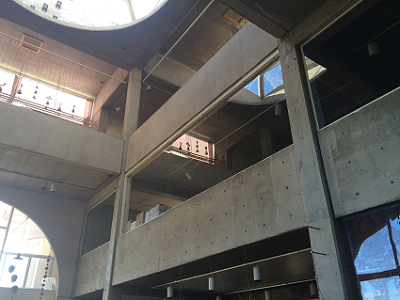 His idea is to create urban spaces with high population density and low environmental footprint. The high population density is achieved by tucking large numbers of smallish living spaces together in a limited footprint. This is made interesting by creating lots of variations in spaces, levels, connections, and textures. The low environmental footprint is achieved in several ways. One is by integrating residential, commercial, and industrial activities into the same space, which reduces the need to commute long distances for work and commerce. Another is integrating passive solar and wind features into the structures themselves by using apses, vaults, thermal flywheel effects, convection guides for air movement, breezeways, and so on.

The complex is built along the top of a south-facing ridge to take advantage of the motion of the sun. This model shows the completed section of the complex in gray and the latest proposed expansion, which could support a population of 5000 (residentially at least, I’m not sure the industry would scale as well in this design), in white. The truth is that no major construction has been undertaken in at least ten years and the State of Arizona has pulled the organizations building permit. In typical fashion the extant building codes are geared towards standard construction techniques anyway, and don’t really allow for the type of work envisioned for the site. 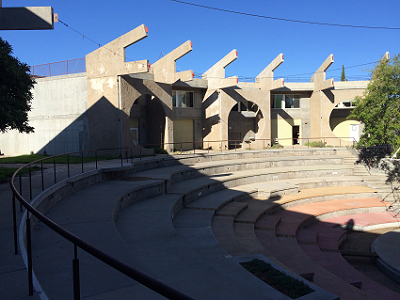 The aforementioned industry involves the casting of metal and ceramic wind chimes, which fund a respectable portion of the Cosanti Foundation’s work. The casting is done by hand in the outdoor apses using the fine sand collected from the valley floor. I believe the remainder of the funding comes from workshop fees, rentals of public and performance spaces in the main vault and amphitheater, donations, grants, public tours, and other sales from the gift shop, bakery, and cafe. 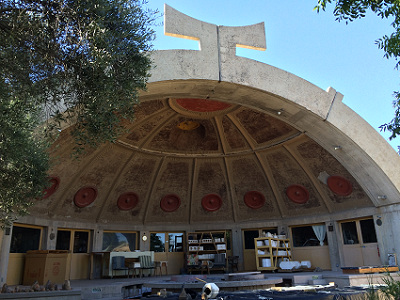 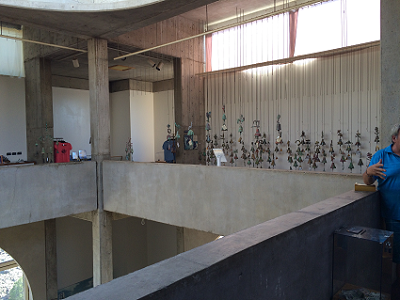 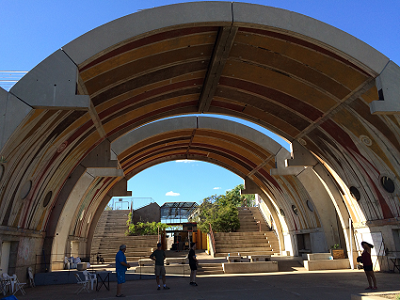 I have no doubt that the workshop participants, often architects, designers, and urban planners in training, get a lot out of their experiences. The ones I’ve talked to during previous visits have always been excited about the concepts and the work they got to do. The current population is in the mid-90s and includes some children. All of the adult residents work for the Foundation in various capacities under the (co-)leadership of Soleri’s successor, Jeff Stein, AIA.

The concepts explored at Arcosanti have informed research into space colonization, establishing colonies at sea, and urban design. They have been incorporated into science fiction, games, and other areas and have had a notable effect on the larger culture, so in that regard Soleri’s work has been a success. This is in contrast to the feeling some people get when visiting the site itself, which feels rather isolated, drab, run down, and kind of past it. One wonders why the founders didn’t seek investors, build the thing out, get it running, and go on and replicate the process elsewhere. If the ideas were so great then the whole program should be a rousing success, right? Well, someone might do that at some point, but the project was also the brainchild of one individual. Who can blame him for doing things the way he envisioned them, more or less on his own? On balance he made it work, and even if I might have wanted more, that’s something I can appreciate and respect.

This entry was posted in Economy and Society and tagged feats of engineering, interesting places, Observations, travel. Bookmark the permalink.