I started swing dancing in 2001, during the tail end of the craze that started around the time of the 1998 Gap Commercial (famous among other things for popularizing the 3D still pan effect also prominent in the seminal sci fi film The Matrix, though it had been invented as early as 1993).

Swing dancing had been in a process of resurrection as far back as the 1980s when handfuls modern enthusiasts succeeded in locating and studying with some of the famous original dancers. In those days they danced to period music but it took over bars and dance halls in the late 90s to the sounds of neo-swing acts like Brian Setzer and Big Bad Voodoo Daddy. Dancers wore zoot suits and other period clothing that could sometimes be over the top. The craze was settling back underground by 2003 and the people who were serious about it had grown to appreciate the best of the original big band and jazz music. Gone too were the zoot suits and bowling shirts in favor of more tasteful vintage dress.

One of the venues here in DC, however, decided to have a little fun with the era by holding a neo-swing night late in 2003 or 2004. The point was to wear the most over-the-top outfits and dance to the most annoying possible music. They even had a dance contest whose goal was to bust out the worst, oversized, gawky moves anyone could remember. People had fun with it and posted the next day that most of the competitors had failed to look as horrible as they’d hoped. They’d learned too much over the years and couldn’t reproduce what it was like to dance like raw beginners. Said one observer, “Your muscle memory gave you away!” 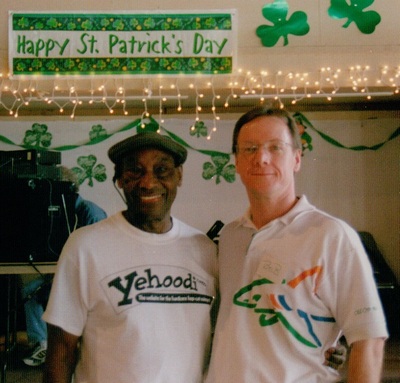 Some of the 90s-00s dancers got deeply systematic in their study while many of the 20s-50s dancers did far less of that, even if they’d managed to work professionally for two decades or more. Many of the original dancers had trouble even explaining what they did. They could tell what was right or wrong but they couldn’t always put it into words that the younger generation could understand. The younger dancers, being young, had a certain amount of trouble understanding anyone. Over time, however, they learned some of each other’s language. The younger dancers learned the subtlety, feel, cooperation, and responsibility of the dance while the older dancers learned more about how to break things down systematically so they could teach and share more effectively.

Why do I bring this up? Because some days seem like…