What Can and Cannot Be “Homebrewed”

Americans (and many independent-minded people elsewhere) have always enjoyed solving problems on their own. There is nothing they won’t experiment with if they think it’ll do them some good. People have always worked with metal, wood, stone, leather, and cloth to make every kind of contraption, tool, and product you can think of. A lot of people did this at home or with friends or small businessmen. A collection of metal implements displayed in a little museum in Troy, MT illustrates this in a powerful way (this caboose sits behind the museum, I apparently failed to take any pictures of the museum itself and couldn’t find anything online). The display must have included fifty or sixty different black, wrought-iron implements of various shapes and sizes, though in length they were mostly on the scale of a good-sized crowbar, maybe four feet long. The working end of each tool had a different shape and I could only guess what problems these tools had been created to address. The point was that every individual, either on their own or working with a blacksmith, came up with a unique solution to a knotty problem. Some might have been produced in nontrivial quantities but most had the look of one-offs meant for specific purposes. 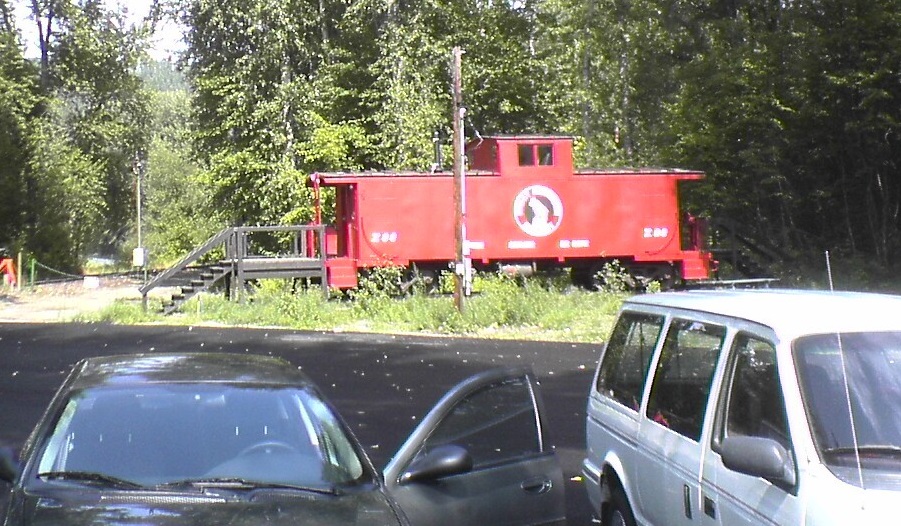 This was just tucked away in the remote, northwestern corner of Montana. Multiply that out by the whole country and the whole world and think of the variety there must have been. Plenty of Americans and others were able to experiment with electronics as they came into vogue in the first decades of the 1900s. People could buy components, batteries and tubes of every imaginable kind from almost innumerable suppliers. Some local drug stores still had tube-testing machines on site in the mid-70s. Radio was getting into many homes and television was just a complicated radio with a twist; it has been called (incorrectly) the last major invention to be created in a garage. Car and racing culture in Southern California and elsewhere got a huge boost in the 1940s and 50s when hundreds of thousands of mechanics and tinkerers trained for WWII got to turn their skills loose on their own creations.

Computer hardware was made accessible to early adopters through kits and found a ready audience in those already predisposed to try things on their own. Software was especially approachable for the non-specialist. Anyone who could read a book and think for themselves could make a computer sit up and dance. There were tons of homebrew magazines and disk-sharing services from the early days. If you had the IBM Technical Reference Manual you had the same information as the Big Boys.

All of these efforts were possible because they weren’t too big, too small, or too expensive. They were at a human scale that could be accessed, if not by anyone, then at least by those with a certain amount of curiosity and initiative. I bring this up because one of the next great frontiers of innovation is in the biotech space, which does not seem to operate at a human scale. It operates at a microscopic scale that is largely beyond the ability and frame of reference for most people to work with comfortably. As much as people can do some clever chemistry (crystal meth, anyone?) and possibly produce substances on future micro-scale 3D printers in home environments it doesn’t seem to me that they’ll be tinkering with their own chemicals and DNA. If they do it’s because they’ll be leveraging tools that operate at higher levels of abstraction. There will always be a few of the intensely curious and motivated and a few moonlighting professionals, but experimentation in this area does not seem destined for mass participation.

Than again, as Dennis Miller often noted, I could be wrong.

This entry was posted in General Technology and tagged changing technology, history, Observations. Bookmark the permalink.