My favorite Christmas gift growing up was always some form of construction toy. There are a bunch of them out there and I think they’re good for teaching kids logic, cause-and-effect, and hand-eye coordination. They’re great for giving kids a sense of control over something in a safe way. Trying out permutations and combinations on my own prepared me to be able to generate options in abundance in my professional life, and also help customers choose which ones might work best. Here are some of my favorite kits, both common and obscure.

Have a great holiday! 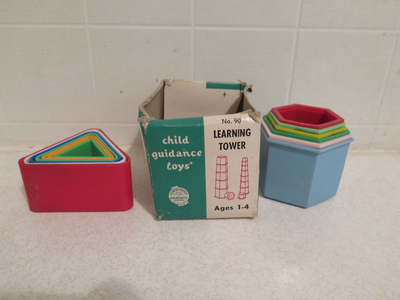 The toys start out simple and get more complex. 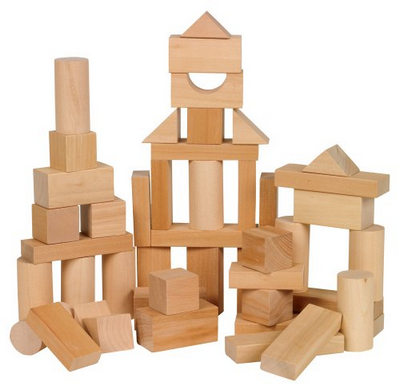 They include more shapes. 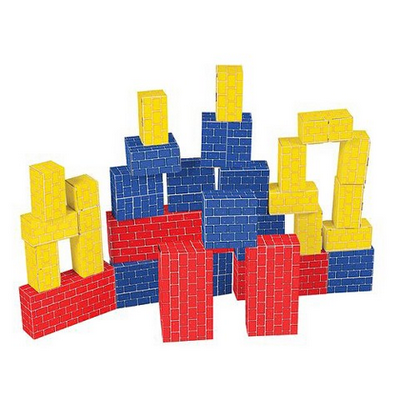 Then they include more colors and materials. 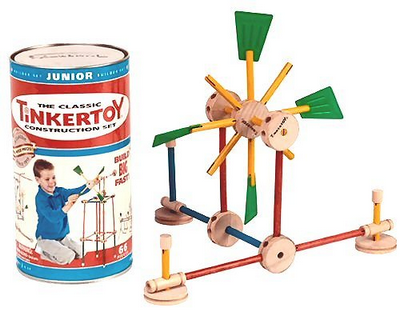 Tinkertoys are classics. They don’t make the old wooden ones anymore. My favorite was a tower that almost reached the ceiling in our living room. The kit included super-long white sticks I never saw in any other kit. 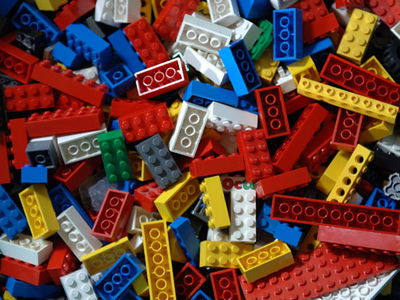 Lego needs no introduction and no explanation. It’s one of the most popular and successful toys ever. There are so many specialized pieces now it almost seems like a different toy. Whatever happened to just bricks? Before you start worrying that I’m going to tell you to get off my lawn I remember thinking how cool the more specialized pieces were. I even remember trying to design a new piece and send it to the company. 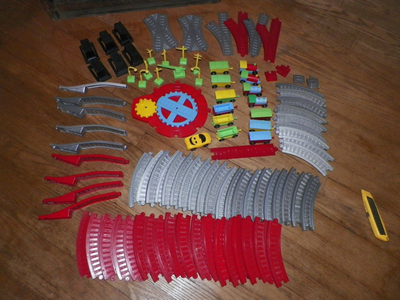 The railroad sets made by Child Guidance were so much fun. The engine had a flat front with a little sticker with a face on it. Thomas the Tank Engine toys are derived from this. 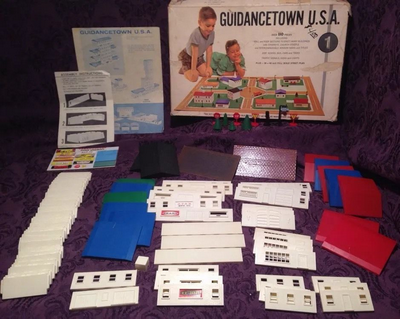 Child Guidance toys were pretty popular in our house. These Guidancetown U.S.A. buildings were made to sit by the railroad tracks. 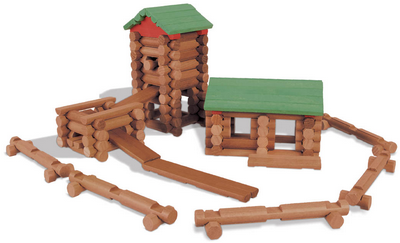 I’m not sure we ever had Lincoln Logs but most of my friends sure did. 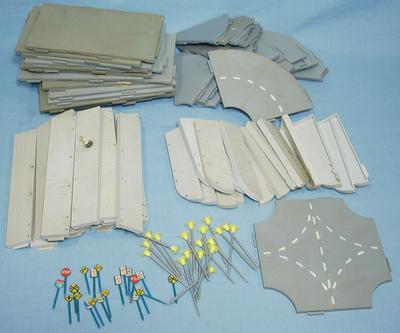 You were supposed to run your Matchbox cars around on street networks you made with the Lesney Matchbox Build-A-Road set. It included sidewalks and street signs. It was kind of annoying to put together but still fun for a while. 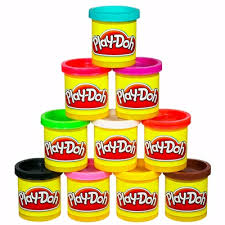 Calling Play Doh a construction toy may be a stretch but it makes at least some sense if you think about it. It certainly never stopped being fun. I loved the extruder, the Fuzzy Pumper Barber Shop, and a charades-like game called Claymania. 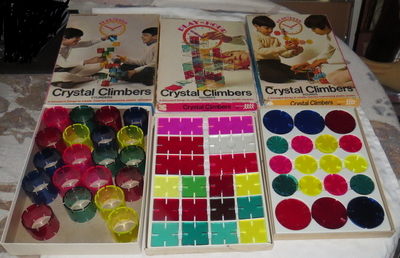 I’m not even sure I’d remember Crystal Climbers if one stray piece hadn’t hung around in a box of flotsam across all these years. I’m not sure how engaging they were back in the day and they are definitely obscure at this point. 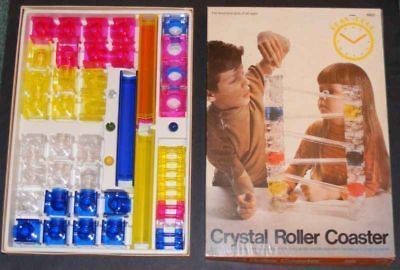 This Crystal Roller Coaster set is similarly obscure and even harder to find. I remember doing a bunch of odd things with the blocks that didn’t involve rolling marbles through them. 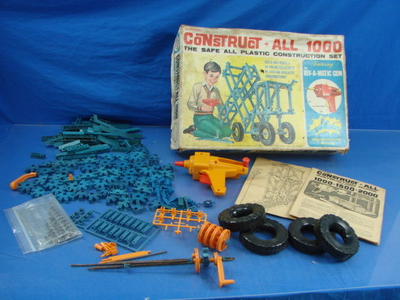 My grandparents in New York got a terrific Construct All set for us. Over time I stopped using the rivet gun and just pushed the rivets in by hand. All of these toys had different feels and this one was particularly memorable for some reason. The coolest thing to make was always a crane. 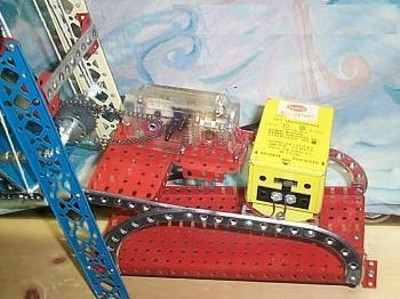 Erector Set is another iconic toy that would be too expensive to make today using the same materials. The new sets don’t feel the same at all. The motors, transformer, and gearbox made these really interesting. Over time I stopped using the wrenches and just tightened the nuts by hand. I had one of the Powerline sets that included a lot of interesting pieces and I remember buying more pieces from one of my friends to expand my kit. 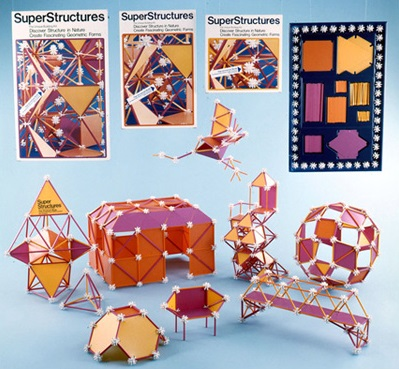 My aunt thought it was a real coup when she bought a SuperStructures kit from Neiman Marcus. These aren’t well remembered. They were a bit limited but interesting. 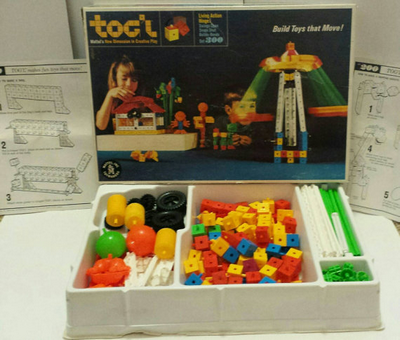 Tog’l were quite popular for just a few years but then disappeared. The blocks were the core of the sets but the ancillary bits made things interesting, especially the bellows setup that made some of the models move. 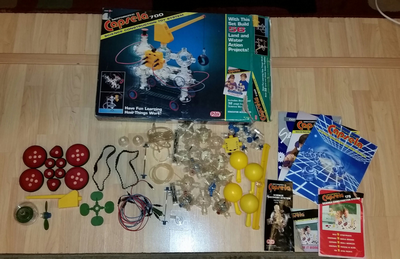 Capsela came along after I outgrew this sort of thing. I thought they were cool when the kids I babysat for played with them. 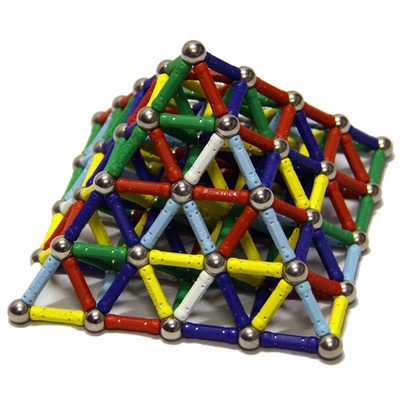 Magnetic sticks and balls are of much more recent vintage and often show up as fidget toys in offices.

Here are a few things that are modular but aren’t building toys as such. 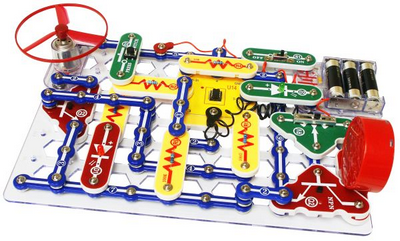 The kits we used to get from Radio Shack had springs and wires and I remember listening to Baltimore Bullets games on a crystal radio set I made with one of those. The old and new sets are both pretty clever. Don’t tell my nephew, but he’s getting a Snap Circuits kit for Christmas this year. 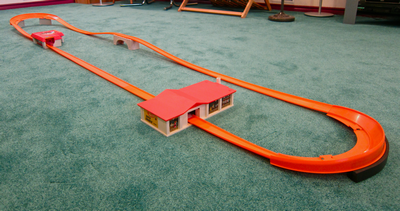 Hot Wheels are still around and still wildly popular but the track setups don’t seem to be emphasized as much. 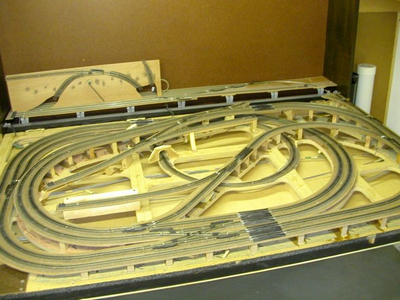 Model trains are for kids of all ages. 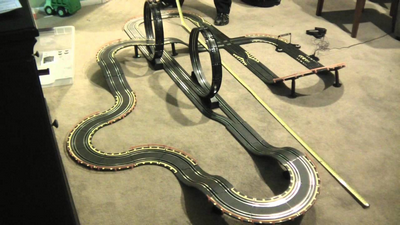 This may not have been a true building toy but coming up with ridiculous slot car track layouts was definitely part of the fun. 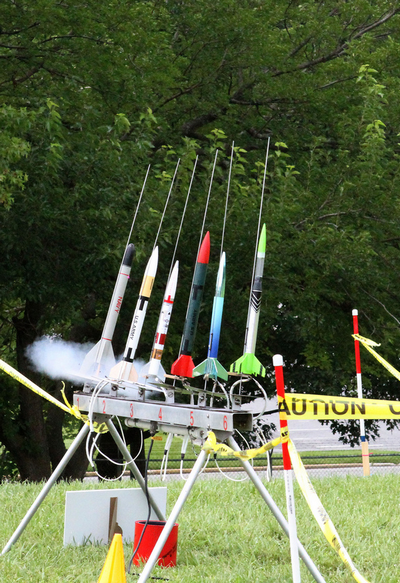 I built and flew model rockets for years. I finally gave the box of stuff I still had to one of my friends’ kids, who had a blast with them.

I only built two or three Revell plastic car models and I can tell you they didn’t come out this well. Still, who could grow up in America without building at least one?

This entry was posted in Life and tagged holidays, toys and games. Bookmark the permalink.