The Greatest Field Improvisation Ever

When I was working on a furnace control system in Thailand I witnessed one of the coolest feats of engineering ever. The field service guy needed to measure the flow of gasses and a manometer was nowhere to be found.

A manometer measures pressure differences using columns of fluid. In a U manometer the difference between the heights of each column is proportional to the difference in pressure and the density of the fluid in the “U”. If you want to measure very small pressure differences, which you often want to do in gas flow applications, you want a less dense fluid. A column of water at atmospheric pressure against a vacuum can be pushed up almost 34 feet, or about 406 inches of water. A column of mercury, which is much more dense, can only be pushed up about 30 inches under the same conditions. 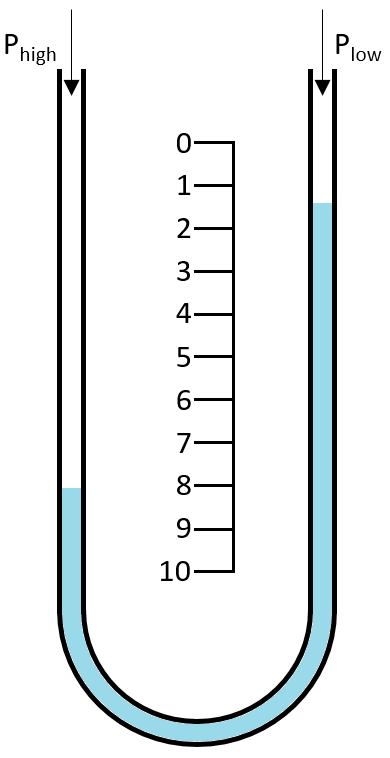 Another way to measure smaller pressure differences is to stretch the manometer out and measure the height change horizontally over a shallow incline. Devices with this arrangement are called inclined manometers. You can buy these things commercially and there are electronic versions as well, but none of that was available when my colleague needed it. 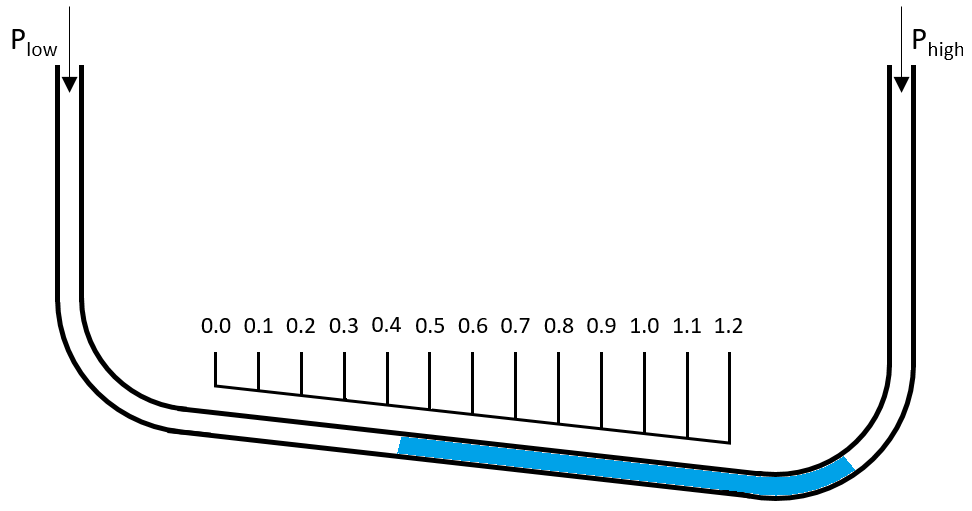 Here’s where the clever bit comes in. He ended up mounting a piece of clear plastic hose on the wide face of a two-foot length of two-by-four. It was held in place on each end by an industrial staple. A piece of molding kept the working section straight, with one end mounted about an inch-and-a-half higher than the other over a run of 20 inches. He used some quick trigonometry to convert elevation distance to linear distance along the incline and marked the board at intervals of tenths of an inch of water. The marks were far enough apart that hundredths of an inch could easily be estimated. He poured a liquid into the tube that he could see clearly.

…which he assumed had the same density as water. In a scene right out of Zen and the Art of Motorcycle Maintenance the device worked perfectly and my colleague had the combustion system straightened out in no time.

When he finished the job he stuffed his creation in his suitcase and took it back to the office. The company was seeking ISO 9000 certification at the time and the big joke was whether we were going to send it out for calibration every six months as the standard called for. That obviously never happened but I would love to have seen the technicians’ faces when they opened that package!

This entry was posted in Engineering and tagged just making it work. Bookmark the permalink.